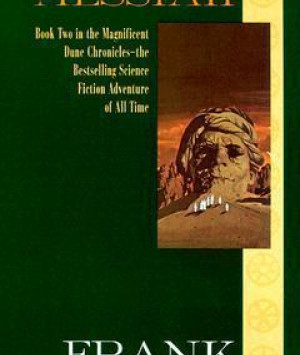 Dune Messiah is a science fiction novel by Frank Herbert, the second in a series of six novels. It was originally serialized in Galaxy magazine in 1969. The American and British editions have different prologues summarizing events in the previous novel. The novels Dune Messiah and Children of Dune were adapted by the Sci-Fi Channel in 2003 into a mini-series entitled Frank Herbert's Children of Dune. In 2002, the Science Fiction Book Club also published the two novels in one volume.