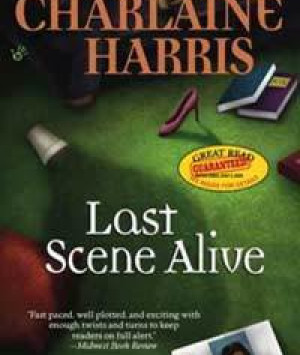 Aurora Teagarden has never forgotten her first case: a serial killer who terrorized suburban Lawrencetown. Now that story is about to hit the small screen. Even if she wanted to, Aurora can't help getting involved. Her ex, Robin, wrote the TV movie's screenplay and her stepson, Barrett, has a starring role. Then there's Celia--the catty actress portraying Roe--who, by the way, also happens to be Robin's latest squeeze. But when Celia is murdered and Barrett is accused, the real-life script takes a deadly turn. Between threatening letters, deranged fans and renewed feelings for Robin, Aurora has one goal: catch a killer and make it to the final scene alive.