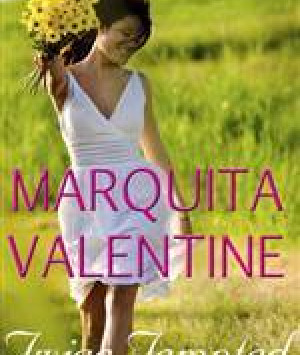 Born into wealth and power, Christian Romanov is Hollywood’s favorite bad boy with a golden touch…until the day his agent receives pictures of the movie star celebrating his birthday in a not-so-legal way. Now he’s been ordered to find a small-town girl to be seen with in order to improve his partying image. He agrees, but for an entirely different reason-to protect the reputation of an organization that helps get teens off the street and back into the school. Not only is he the anonymous donor that's been solely supporting the organization since its inception, he's slated to be their newest spokesman.

Zoe Ambrose is a hopeless romantic masquerading as a realist. But she’s also a successful novelist, trying to fit herself into a staid life when what she craves is the adventure she found one night in the arms of a playboy who never knew her name. When her successful crime series is optioned by a major studio, she travels to Las Vegas to find that the prince of her fantasies and single night of pleasure is the main contender for the male lead. But for four years Zoe has been publicly eviscerating the man who left her stranded that night—he’s the villain in her series! Now the movie star doesn't recognize her, and Zoe is determined to protect her heart this time.

When Christian braves the small town of Holland Springs and Zoe’s overprotective family to win the girl of his dreams, he finds that his Hollywood skills might not cut it—and learns a shocking truth he never imagined. Can he can tempt her again and finally give her the epic love story she has refused to write for herself?