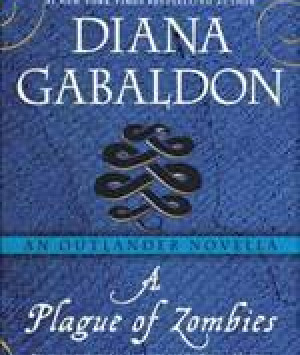 A Plague of Zombies

Lord John Grey, a lieutenant-colonel in His Majesty’s army, arrives in Jamaica with orders to quash a slave rebellion brewing in the mountains. But a much deadlier threat lies close at hand. The governor of the island is being menaced by zombies, according to a servant. Lord John has no idea what a zombie is, but it doesn’t sound good. It sounds even worse when hands smelling of grave dirt come out of the darkness to take him by the throat. Between murder in the governor’s mansion and plantations burning in the mountains, Lord John will need the wisdom of serpents and the luck of the devil to keep the island from exploding.