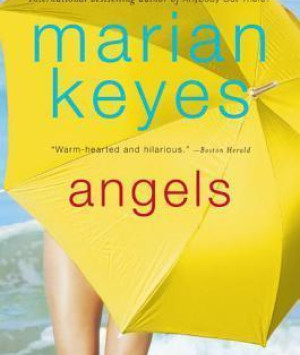 Maggie has always been the white sheep of the Walsh family.Unlike her comically dysfunctional sisters,Rachel(heroine of Rachel's Holiday) and Claire (heroine of Watermelon), she married a decent man who adored her and found herself a solid career. Where Rachel was reckless and Claire dramatic, Maggie settled early for safety. Or so she believed until she discovers that her husband is having an affair and her boss is going to fire her. Suddenly, her perfectly organized life has become a perfect mess.

Devastated, she decides the only thing to do is to run for the shelter of her best friend, Emily, who lives in Los Angeles. There, with the help of sunshine and long days at the beach, she will lick her wounds and decide where life will take her next.But from the moment she lands in the City of Angels, things are not quite what she expected. Overnight, she's mixing with movie stars,even pitching film scripts to studios.Most unexpectedly of all,she finds that just because her marriage is over,it doesn't mean her life is. In the end neither the City of Angels nor Maggie Walsh will ever be the same again.