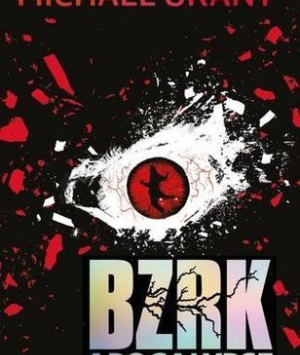 Noah and Sadie have seen death, and it holds no fear for them. Madness does, though. And losing each other. But they will not sit back, helpless witnesses to an invisible apocalypse. The world is being destroyed from the inside out. It's time to take up the fight once more, in the streets and in the nano. And they'll give everything they have to stop the Armstrong Twins. But are the Twins the ultimate enemy? Nobody has ever known the identity of Lear, the shadowy leader of BZRK. Just who have they been fighting for? As madness spreads like a plague, one thing becomes terrifyingly clear: this was Lear's game all along. And Lear hasn't been playing fair.