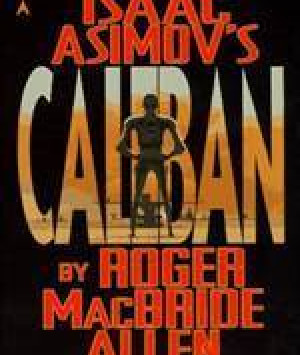 In a universe protected by the Three Laws of Robotics, humans are safe.The First Law states,

Caliban is a searing examination of Asimov's Three Laws of Robotics, a challenge welcomed and sanctioned by Isaac Asimov, the late beloved genius of science fiction, and written with his cooperation by one of today's hottest talents, Roger MacBride Allen, New York Times bestselling author of Ambush at Corella, The Modular Man, and The Ring of Charon.