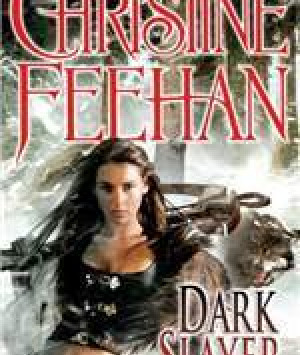 A rumor has persisted in the vampire world of a dark slayer—a woman—who travels with a wolf pack and any among the vampires who meets her is slain. Mysterious, elusive and seemingly impossible to kill, she is the one hunter who strikes terror into the hearts of the vampires.

Ivory Malinov is that woman, betrayed by her own people, by her family, by everyone she held dear and she hunts during the night with only her pack to sustain her sanity. She has not spoken to or been with any other person for a hundred years other than to feed from or slay. She stumbles across a body on her way back to her lair and discovers—her lifemate.

He is Razvan, branded a hated criminal, detested, feared and loathed by all Carpathians—he is also a dragonseeker of one of the greatest lineages of all Carpathians Held captive nearly his entire life by his grandfather, the Carpathians bitterest enemy, he is seeking the dawn to end his terrible existence.

This is a story of two people, horribly betrayed, wounded in spirit, fighters to the death, who must struggle to unite against a common enemy.