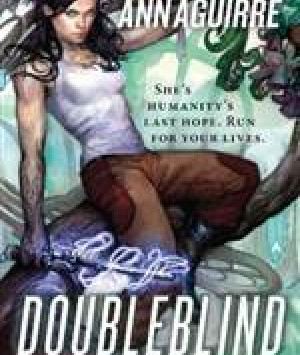 Sirantha Jax isn’t known for diplomatic finesse. As a “Jumper” who navigates ships through grimspace, she’s used to kicking ass first and taking names later—much later. Not exactly the obvious choice to sell the Conglomerate to the Ithtorians, a people whose opinions of humans are as hard as their exoskeletons.

And Ithiss-Tor council meetings aren’t the only place where Ambassador Jax needs to maneuver carefully. Her lover, March, is frozen in permanent “kill” mode, and his hair-trigger threatens to sabotage the talks—not to mention their relationship.

But Jax won’t give up on the man or the mission. With the Outskirts beleaguered by raiders, pirates, and the flesh-eating Morgut, an alliance with Ithiss-Tor may be humanity’s only hope.

Which has Jax wondering why a notorious troublemaker like her was given the job.