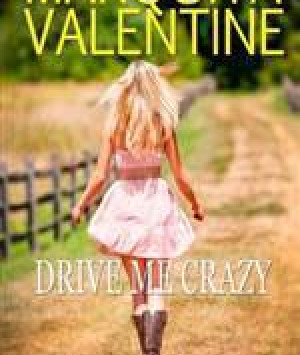 Twenty-four year old Troublemaker Extraordinaire, Melanie Ann Smith, isn’t asking for much out of life: a house without wheels, to travel further than her home state and her best friend’s older brother, Carter Ambrose. Only three things stand in her way: juggling all of her odd jobs, keeping her daddy from gambling away all of their money and getting Carter to see her as a woman. NASCAR racer, Carter Ambrose, has finally decided to take his doctor’s advice and find a new occupation before another wreck on the track kills him. Only his doctor hadn’t counted on his little sister’s best friend, Melanie Ann Smith, crashing his weeks of solitude with her short skirts and platform heels. And that’s not the least of his problems. His mother has decided that she wants grandchildren and the only woman that's good enough for the job-his ex-fiance. Soon Melanie and Carter agree to a temporary relationship. One with benefits that is mutually satisfying in every way, or so each believes. And just when they are ready admit their feelings, family secrets are exposed, threatening Melanie and Carter's fragile relationship. Will Carter risk it all for love, or will Melanie be left holding the trophy for second place?