Every Last Kiss (The Bloodstone Saga #1) 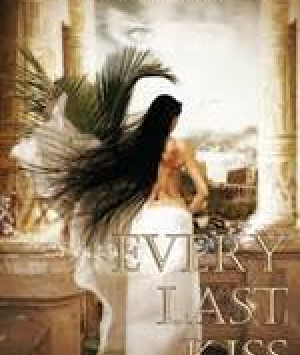 Born a goddess. Controlled by the Fates. Can Macy's love for her soul mate survive the bonds of time... and death?

17-year old Macy Lockhart is as far from normal as any one girl can be. The problem is, she doesn’t know it yet.

After a bloodstone pendant is mysteriously left on her door, Macy’s life begins to change in ways she’d never dreamed. And while she will eventually come to realize that nothing is ever what it seems, that her life is a tangled web of lies and the Fates themselves pull the strings, for now she is left with only the explanations that they offer her.

Macy is led to believe that if she doesn’t return to a previous doomed life, one in which she served as Queen Cleopatra ‘s handmaiden, the fate of the entire world will be threatened in a way that would destroy history as we know it. She learns that she has lived thousands of lives, each one ending tragically…but none as tragic as this one.

After returning to ancient Egypt, she is faced with heart-wrenching decisions. Unless she interferes with Fate’s plan, the very thing she was born to protect, her soul mate will die leading Marc Antony’s forces against Rome. Can she really stand aside and watch the love of her life die all over again?

In this fascinating novel-length prequel to The Bloodstone Saga, Courtney Cole sets the stage for an epic journey that will have readers holding their breath until the very last page of the very last book has been turned.

What would you do if you held Fate in your hands?