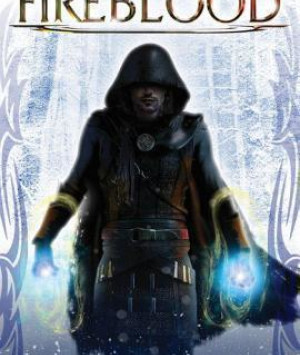 Tyrus of Kenatos has made it his life’s work to banish the plagues that ravage the kingdoms. He believes the answer to ending the devastation lies in the Scourgelands. Yet, Tyrus’s first expedition into the cursed woods failed after being defeated by mysterious minions who stalked and killed most of his band.

Now a prisoner in his own tower, Tyrus has summoned his nephew Annon—a Druidecht possessing innate magic called the fireblood—on the guise of finding a hidden treasure with which to purchase his twin sister Hettie’s freedom. But in reality, Tyrus is using his niece and nephew, and their magic, as an opportunity to escape and resume his desperate mission. And to aid them, he has enlisted the warrior-monk Paedrin—who is almost as green as the siblings when it comes to traveling these troubled lands. The trio is determined, and along the way they grow to trust each other—and new additions to the group—in order to accomplish their missions…whether or not those missions are one and the same.

But the Arch-Rike—ruthless ruler of Kenatos—has learned of these plans, and has sent the fearsome Kishion to destroy all those that oppose him. Now Tyrus and his unwitting allies must face down not only the plague, but this new enemy—and fulfill their quest before a fresh horror is unleashed on the world