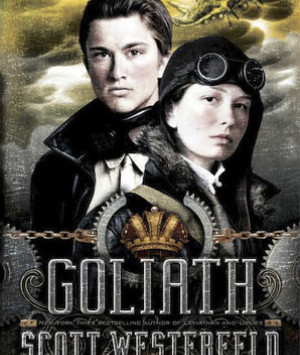 Alek and Deryn are abroad the Leviathan when the ship is ordered to pick up an unusual passenger. This brilliant/maniacal inventor claims to have a weapon called Goliath that can end the war. But whose side is he really on?

While on their top-secret mission, Alek finally discovers Deryn's deeply kept secret. Two, actually. Not only is Deryn a girl disguised as a guy...she has feelings for Alek.

The crown, true love with a commoner, and the destruction of a great city all hang on Alek's next--and final--move.

The thunderous conclusion to Scott Westerfeld's Leviathan series, which was called "sure to become a classic" (SLJ).