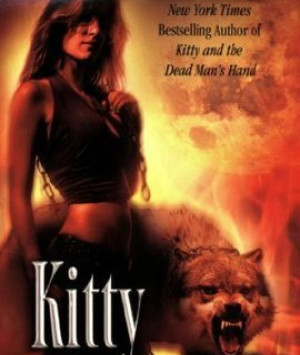 Sometimes what happens in Vegas doesn't stay in Vegas.

Kitty and Ben fled where What Happens in Vegas / Stays in Vegas, thinking they were finished with the dangers there, but the sadistic cult of lycanthropes and their vampire priestess have laid a curse on Kitty in revenge for her disrupting their rituals. Starting at the next full moon, danger and destruction in the form of fire strikes Denver and Kitty's Pack.

With the help of a group of TV paranormal investigators - one of whom has real psychic abilities - to help her get to the bottom of the curse that's been laid on her. Rick, the Master vampire of Denver, believes a deeper plot lies behind the curse, and he and Kitty argue about whether or not to accept the help of a vampire named Roman, who arrives a little too conveniently in the nick of time with an offer of aid.

Unable to rely on Rick, and unwilling to accept Roman's offer of help for a price, Kitty and her band of allies, including Vegas magician Odysseus Grant and Kitty's own radio audience, mount a trap for the supernatural being behind the curse, a destructive force summoned by the vengeful cult, a supernatural being that none of them ever thought to face.