Night of the Vampires (Vampire Hunters #2) 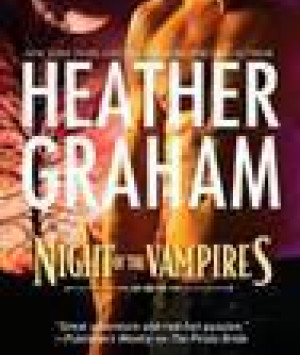 Night of the Vampires

As a soldier, Cole Granger fights to restore peace to a world divided by war and evil. His extraordinary talents are enlisted to prevent the president's horrific premonition from becoming reality. Nothing—and no one—will stop him from fulfilling his duty. Especially the mysterious young woman who claims to be his comrade's sister. Enemy or ally, he can't yet determine. But one thing he knows for certain is that he must keep her close. Very close. Megan Fox's quest to uncover a family secret leads her to the center of vampire riots in West Virginia. To find the answers she needs—and clear herself of suspicion—she must join forces with Cole. They work undercover to bring justice, but they can't disguise the potent attraction and need that draw them together. Yet trust doesn't come easily for Cole…and when Megan unearths the grim, dark truth, can she trust him to believe her?