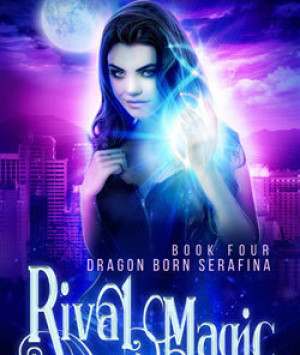 From San Francisco to Munich to Las Vegas and beyond, mercenary mage Sera Dering faces her biggest challenge yet in this final installment of the bestselling Dragon Born Serafina series.

After twenty-four years of pretending to be human, Sera is adjusting to her new life with magic and a deepening relationship with dragon shifter Kai. But her magic is put to the test when the Grim Reaper, an immortal mage with godlike powers, begins to weave his sinister enchantments over the supernatural community. To defeat him, she has to ally with the very people who condemned her kind to death—and if they discover what she is, they will turn on her instead.