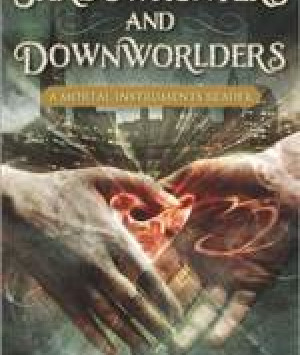 Cassandra Clare’s Mortal Instruments series, epic urban fantasy set in a richly imagined world of shadowhunters, vampires, werewolves, fairies, and more, has captured the imaginations and loyalty of hundreds of thousands of YA readers. Originally a trilogy (City of Bones, City of Ashes, City of Glass), the series has extended to six titles, plus a prequel trilogy, the Infernal Devices, and a planned sequel series, the Dark Artifices. A feature film is planned for 2013.

Shadowhunters and Downworlders, edited by Clare (who provides an introduction to the book and to each piece), is a collection of YA authors writing about the series and its world.