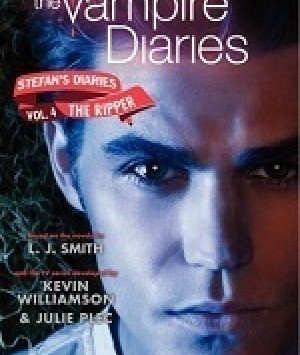 The year is 1888, and the scent of blood lingers heavy in the London air. Stefan Salvatore thought he could escape his violent origins by settling in the peaceful countryside of England, but when a heinous murderer named Jack the Ripper surfaces, Stefan fears darkness will always follow him. Drawn into the investigation, Stefan assumes the worst: This is the work of a vampire. And the more he learns, the more he becomes convinced that the killer is someone close to him - and that he can never outrun his past. Based on the popular CW TV show inspired by the bestselling novels, Stefan's Diaries reveals the truth about what really happened between Stefan, Damon, and Katherine - and how the Vampire Diaries love triangle began.