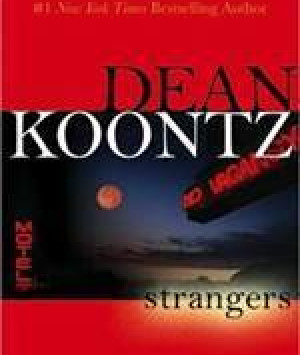 Six strangers are unaccountably seized by nightmares, attacks of fear, and bouts of uncharacteristic behavior. The six begin to seek each other out as puzzling photographs and messages arrive, indicating that the cause may lie in a forgotten weekend stay at an isolated Nevada motel. Koontz has topped a fine roster of horror and suspense novels with an almost unbearably suspenseful page-turner. His ability to maintain the mystery through several plot twists is impressive, as is his array of believable and sympathetic characters. With its masterful blend of elements of espionage, terror, and even some science fiction, Strangers may be the suspense novel of the year.