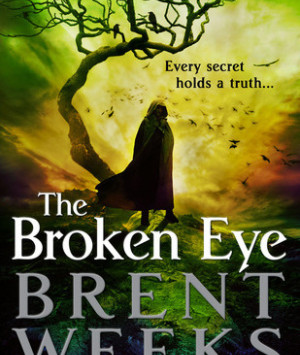 As the old gods awaken, the Chromeria is in a race to find its lost Prism, the only man who may be able to stop catastrophe, Gavin Guile. But Gavin's enslaved on a galley, and when he finally escapes, he finds himself in less than friendly hands. Without the ability to draft which has defined him . . .

Meanwhile, the Color Prince's army continues its inexorable advance, having swallowed two of the seven satrapies, they now invade the Blood Forest. Andross Guile, thinking his son Gavin lost, tasks his two grandsons with stopping the advance. Kip and his psychopathic half-brother Zymun will compete for the ultimate prize: who will become the next Prism.