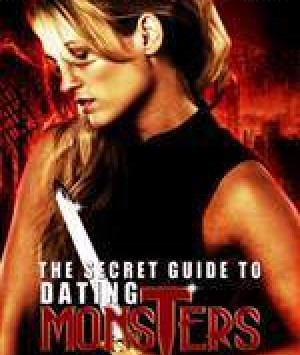 The Secret Guide to Dating Monsters

They say it's impossible to find a man in New York City. Secret McQueen needs to find two in one night. Of course, it ll mean pulling off the impossible find and kill a displaced rogue vampire without disrupting the first promising date she s had in ages. As a werewolf hybrid used to walking a fine line of survival in the vampire world, though, Secret eats impossible for breakfast.

Somewhere between hello and the first round of drinks, Secret makes her move. Her target, Hollywood s biggest star, shouldn t be hard to spot. Just look for swarms of fans. Except every time her vampire liaison, Holden, helps keep her mission on track, her date runs further off the rails.

Either Holden has a hidden agenda, or he knows more than he s letting on about her quarry. One way or another, Secret is determined to get her man, and meet Mr. Right. Or die trying.

Warning: This book contains a sword-wielding assassin whose barbs are sharper than her blade, a vampire with serious brooding issues but a skilled tongue, and an A-lister with a bad habit of eating his fans. This novella takes place approximately one year prior to the events of "Something Secret This Way Comes."