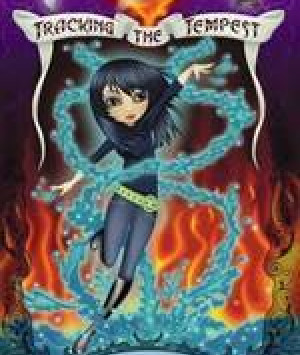 Tracking the Tempest begins four months–and one eyebrow sacrificed to magical training–after the close of Tempest Rising. During that time, Jane’s been busy honing her supernatural powers and enjoying her newfound sense of confidence. Rockabill may not yet be heaven, but she’s realized it’s home. Valentine's Day is fast approaching, and Ryu - Jane's bloodsucking boyfriend - can't let a major holiday go by without getting all gratuitous. An overwhelming dose of boyfriend interference and a last-minute ticket to Boston later, and Jane's life is thrown off course.

But Ryu’s best laid plans inevitably create more upheaval than even he can anticipate, and Jane winds up embroiled in an investigation involving a spree of gruesome killings committed by a being of tremendous power . . .

. . . who, much to Jane’s surprise, happens to be another halfling.