Tunnels of Blood (The Saga Of Darren Shan #3) 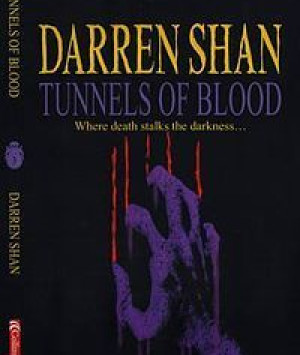 This story introduces Gavner Purl, a full vampire, an old friend of Mr. Crepsley. Gavner Purl is a Vampire General. Gavner Purl is shocked to discover Darren a half-vampire. Mr. Crepsley wants to talk to Gavner Paul alone in secrecy. After the meeting, Gavner walks with Darren for a while, revealing to him that Mr. Crepsley was a Vampire General and was about to be invested as a Vampire Prince, who is a leader of the Vampire Clan. He also lets slip that Mr. Crepsley is going to leave the Cirque and finally binds Darren to secrecy regarding all these facts. A day or so later, Mr. Crepsley does inform Darren that he must leave and Darren has to accompany him to some place. He suggests that Evra can come with Darren as if on a "vacation" and to help him keep Darren out of mischief as Mr. Crepsley pointed out incidents regarding Madam Octa and Sam Grest.