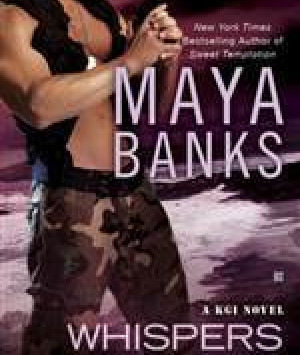 Whispers in the Dark

She came to him when he needed her the most

She came to him at his lowest point. The voice of an angel, a whisper in the dark. She’s the only thing that gets Nathan Kelly through his captivity, the endless days of torture and the fear that he’ll never return to his family. With her help, he’s able to escape. But he isn’t truly free, because now she’s disappeared and he’s left with an all-consuming emptiness as he struggles to pick up the pieces of his life. Did he imagine his angel? Or is she out there, needing his help as he’d once needed hers?

Now he rushes to save her before it’s too late

Shea has been on the run from people who will stop at nothing to exploit her unique abilities. She never wanted to drag Nathan, who’d already suffered so much, into danger, but she doesn’t have a choice so she reaches out to him for help. Finally face-to-face after having already formed a soul-deep bond in hell, their emotional connection is even more powerful than their telepathic one. Nathan refuses to consider ever letting her go again, but she worries they can never have a life free of the dangers that dog her every step. He’ll protect her with his every breath, but can he convince her that they are meant to face these threats together?

You're reading Whispers in the Dark (KGI #4) novel online free on NiceNovel.com !