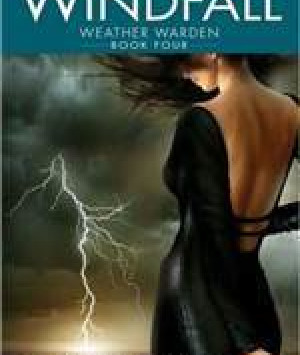 Less than a year ago, Joanne Baldwin was an agent for one of the most powerful organizations in the world, entrusted with the safety of millions of lives on a daily basis. Now she's a scantily clad "weather girl" for a Ft. Lauderdale television station.

After losing her job as a Weather Warden (those with the ability to manipulate the weather and avowed to protect humankind), Joanne is finding life in the "real world" not as enticing as she once thought. Her job as a cheesecake weather girl is humiliating, especially with a lecherous head meteorologist (deliciously named Marvelous Marvin McLarty) who delights in devising new ways to embarrass her on camera. But with her supernatural Djinn lover slowly dying and a recently divorced, shopping-addicted sister camping out on her sofa, Joanne's problems couldn't possibly get worse -- or could they? Throw in a highly suspicious detective bent on arresting Joanne on murder charges, a Djinn civil war, and a monster of an approaching hurricane --and suddenly Marvelous Marvin's antics don't seem so bad!