All Your Reasons (Crave #1) 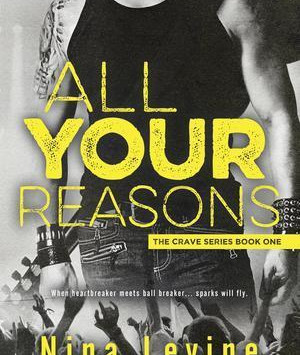 Rockstar, Jett Vaughn, isn’t against settling down, but no woman has ever held his attention long enough for a relationship to develop. That is until he meets Presley Hart. She’s confident, opinionated and headstrong. She drives him to the edge of crazy, but he can’t deny how she makes him feel.

He wants her heart, but she only wants his body.

Presley’s not against giving her heart to a man, but she has too many reasons why he’s not the one to give it to. Jett isn’t a man who will take no for an answer though. He’s about to declare war on her reasons and take what he wants.

BOOK 1 IN THE NEW CRAVE SERIES

You're reading All Your Reasons (Crave #1) novel online free on NiceNovel.com !