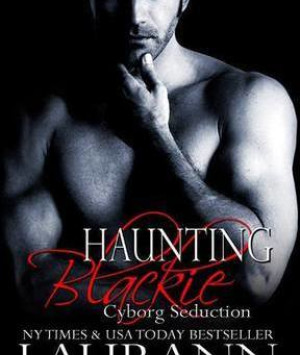 Eve’s mission is to rescue cyborgs from termination centers on Earth. In exchange, she and her sisters will go with them when they flee the planet. She is blindsided by the overwhelming attraction that draws her to one of them. He’s handsome, sexy, and she wants him, craves his touch as she has no other. She must send him to freedom but she makes him promise to wait for her.

Blackie cannot forget the courageous woman who saved him. He never learned whether she died during the rebellion or just changed her mind about leaving with him but he holds her within his lonely heart. He exists to serve the Cyborg Council and to protect the new world cyborgs have created. But that all changes when he discovers the woman who haunts his dreams is alive and the cyborg leaders left her behind to die. He’ll never lose her again and he’ll fight his own kind to avenge her and keep her by his side.