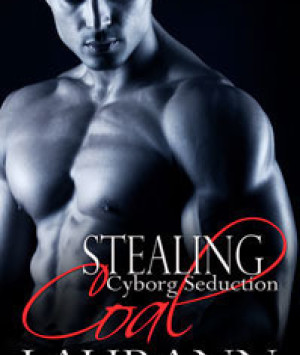 Jill has learned the hard way that men can’t be trusted and sex only causes pain. In the lawlessness of space, women are a sexual commodity—to be used and abused. She’s doing a man’s job, with only her father’s brutal reputation and three androids to help keep her alive when she sees a massive, handsome cyborg chained to a freight table. The abusive crew plans to sell him to fight in gruesome death matches. It’s stupid, it’s insane, but Jill can’t leave him to such a horrible fate.

Coal has survived being a captive breeding slave and irreversible damage to his cyborg implants, but his honor is still intact. He’s grateful Jill saved him and he’ll repay her the only way he can. He’ll fix her—with his mouth, his hands and his body. He can teach the little human just how much pleasure she’s capable of feeling.