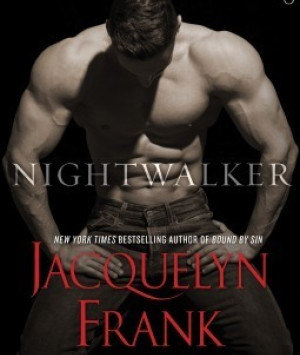 From New York Times bestselling author Jacquelyn Frank comes the final chapter in the Nightwalkers saga! As the momentous showdown with a powerful demon unfolds, a passionate encounter breaks the ultimate taboo.

Kamen is a Bodywalker, an ancient soul reborn in one human host after another. He’s also a prisoner of his own kind: for it was Kamen who released Apep, the deadly god who threatens the existence of their world. To atone for this grievous error, Kamen accepts an urgent mission: to convince the other nations of the Nightwalkers to set aside their centuries-old conflicts and band together. If he fails, all will be lost. And no tribe presents a greater challenge than the Wraiths, the spectral beings who are feared and despised for their lethal deathtouch.

Kamen makes first contact with a stunning, ghostly pale beauty named Geneviève. Part Wraith and part human, scorned as a half-breed, Viève shares the hunger for redemption—and for connection. Her scintillating touch holds the kiss of death, and yet it makes Kamen feel more alive than ever. Soon his lips are pressed against hers, sending Viève into fits of desire and forging a bond that breaches the divide between them. Now they must unite all the Nightwalkers, from Vampire and Shadowdweller to Djynns, and fast—for Apep is ready for war.