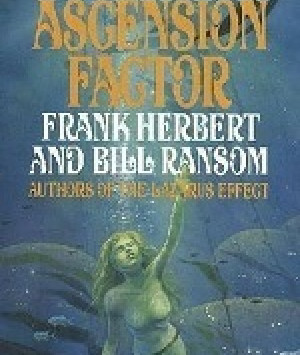 As one of three survivours of the orbiting hibernation tanks, a Raja Flattery clone has established himself as "Director" of Pandora. He keeps the Pandorans in an iron grip by heavy food rationing, violently enforced by his security forces. The kelp is being held down by bombing that keeps it from achieving consciousness. The kelp is still being remotely controlled from an orbiting space station (The Orbiter), and is used as "Current Control". Current Control is run by Dwarf Mac.The kelp has produced a human-like being, called Crista Galli. She appeared in the water after a kelp bombing, at about age twenty. She doesn't have any memory of being part of the kelp. She has been kept a prisoner by Raja Flattery for several years.An underground resistance, known as Shadowbox, has been growing. The Shadowbox breaks in on Holovision transmissions, ordinarily dictated by Raja Flattery.The plan of Raja Flattery is to build a new Voidship, that will take him away from Pandora. His intention is not to build an artificial intelligence for ship control, but use three OMCs (Organic Mental Core) left in hibernation.