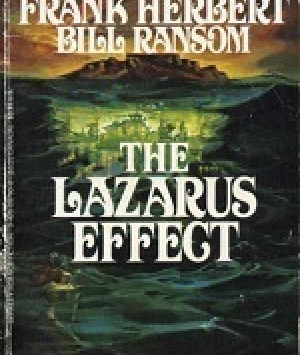 The Histories assert that a binary system cannot support life. But we found life here on Pandora. Except for the kelp, it was antagonistic and deadly, but still it was life. Ship's judgment is upon us now because we wiped out the kelp and unbalanced this world. We few survivors are subject to the endless sea and the terrible vagaries of the two suns. That we survive at all on our fragile Clone-rafts is as much a curse as a victory. This is the time of madness. Hali Ekel, the Journals Duque smelled burning flesh and scorched hair. He sniffed, sniffed again, and whined. His one good eye watered and pained him when he tried to knuckle it open. His mother was out. Out was a word he could say, like hot and Ma. He could not precisely identify the location and shape of out. He knew vaguely that his quarters were on a Clone-raft anchored off a black stone pinnacle, all that remained of Pandora's land surface.