The Graves of Saints (Shadow Saga #6) 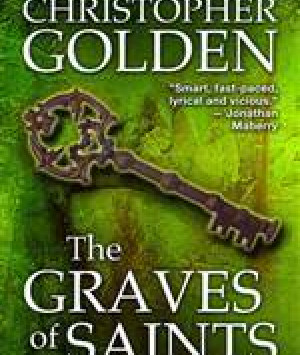 The Graves of Saints

For centuries, Vatican sorcerers kept demons and monsters out of our world with the magic found in a grimoire called The Gospel of Shadows. Years ago, to save his people from madmen, Peter Octavian defeated those sorcerers and the Gospel of Shadows itself was banished from the Earth. Ever since, the evils and monstrosities lurking in parallel worlds have been waking to the realization that our magical defences are down - the barriers keeping them out of our world are crumbling.

With massive demonic incursions in locations around the world, Octavian should be focused on using his own sorcery to drive the evil out and rebuild our defences. But a renegade vampire named Cortez has murdered the person Octavian loves the most and, even with his friends and allies around him, he is so lost in grief that he can think of nothing but revenge. There are others who can fight the darkness - mages and Shadows, witches and Reapers and vampire samurai - but only the warrior-mage, Peter Octavian, can defeat it. If he will answer the call.

You're reading The Graves of Saints (Shadow Saga #6) novel online free on NiceNovel.com !