Vendetta (Legend Of The Ir'Indicti #4) 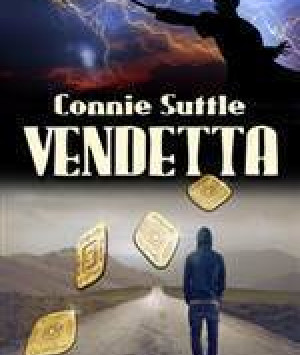 Aedan always knew when something was wrong. Adele sat at the kitchen island, staring at her hands. Ashe had never seen her so defeated. "What is it?" Aedan sighed as he took a seat beside Adele.

"This." Adele pulled the letter from the drawer and handed it to Aedan. Aedan hesitated, as if he could hold off the news and keep his life as it was for a few moments longer. Finally, his fingers grasped the envelope. Ashe watched as the weight of it settled onto his father’s shoulders. Slitting the envelope open with a slightly extended claw, Aedan pulled the folded paper out and opened it.

In an effort to lay claim to Ashe, the vampires roll the dice. As a result, Ashe's life spins out of control—in ways even he couldn't imagine. Friends betray him. Those closest to him pull away. What he believes to be true turns out to be only a partial truth.

The war between Light and Dark Elemaiya ramps up in the midst of these painful revelations, and it is up to Ashe to do something about it. If he doesn't, everything could be destroyed.

You're reading Vendetta (Legend Of The Ir'Indicti #4) novel online free on NiceNovel.com !