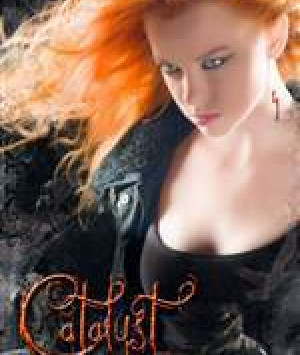 Blood is power. Since the world froze and the humans died off, blood has become scarce. There’s barely enough to sustain the vampire population, even though their masses have dwindled. Many vampires are reduced to the measly few drops of blood rationed to them by the Regent, which is enough to keep them alive, barely. It’s survival; an undesirable existence.

Before the world froze, before the humans slaughtered each other in their wars, blood was ample and rich. The odds of feeding from an infected human, one with weakened blood, was rare, but now it is normal. Every human within the palace walls is anemic. Though they tried, the Regent was not able to curb the severity of the disease. Their humans became sickly, growing weaker and weaker until they were so fragile that a single scrape could kill them.

The weakened blood means an unstable source of food, but there have been other repercussions—things no one saw coming. As time passed, fangs retreated, reflections appeared, and light was no longer destructive. Vampires can now walk in the full sunlight without turning to ash. Too many generations have passed. Many vampires cannot remember a time when blood flowed richly, when vampires did not have to abstain and endure a slow starvation.

One human can change everything. One human can restore the old ways and return vampires to their former glory—Kahli—but the girl escaped. Blood is power, and the vampire who finds Kahli first will have all the power.