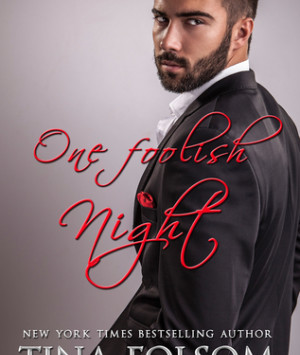 At his friend’s wedding, Paul Gilbert meets Holly Foster and is enchanted with her. After one amazing night in her arms, he finds out that Holly is a professional escort. He feels deceived and rejects her. However, when his wealthy family tries to pressure him into marrying an heiress he has no interest in, he enlists Holly’s help. But is Holly more than he can handle?

While Holly is devastated by Paul’s rejection, she finds she has a bigger problem to deal with: an unexpected pregnancy. When Paul contacts her out of the blue, can she accept his unusual offer for the sake of her unborn child or must she decline it, because she fears she won’t be able to keep their new relationship all business when her heart and her body long for something far more personal . . .

One foolish Night is the first book after the trilogy of Lawful Escort, Lawful Lover, and Lawful Wife, which chronicled Daniel and Sabrina's love story. Now it’s time for the other seven sexy members of the Eternal Bachelors Club to find love.