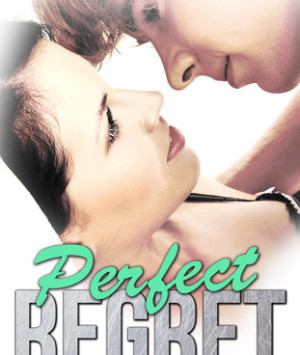 Riley Walker makes all the right decisions and knows exactly where her life is headed.

Riley Walker does not make mistakes.

But then Riley Walker gets dumped.

Spectacularly, gut-wrenching, stomp all over her heart dumped. And she is feeling more than a little angry. And a whole lot bitter. And suddenly the girl who has always done everything right feels like doing something completely wrong.

Garrett Bellows, lead guitarist for the local band, Generation Rejects, is going through life without a plan. Trying not to think past the next gig or the next party, he has worked hard to not become too attached to anyone or anything. So he is shocked to find himself drawn to the snarky girl with a chip on her shoulder. She pisses him off and puts him down. He knows she’s nothing more than a self-entitled college brat who thinks she’s better than the townie boy without a future.

Alcohol and a hefty dose of lust leads to a night both Riley and Garrett immediately regret. Her embarrassment, his pride and the weight of rumors and misconceptions convince Riley and Garrett that their one-time indiscretion will never be repeated. Particularly when their harshest critics are each other.

But how do you reconcile a head that wants to let go with a heart that keeps holding on?

And what happens when your biggest regret begins to seem almost perfect?

NOVELS BY A. MEREDITH WALTERS