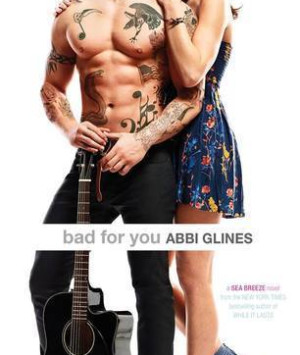 Innocence was never meant for the addictive…

Addiction was something Krit Corbin accepted as part of his nature a long time ago. He decided to embrace it and flip his finger at the rules. Women had always been the number one thing on his list of addictions. He couldn’t get enough. Being the lead singer in a rock band had only made access to his favorite addiction that much easier.

Being alone was the only thing Blythe Denton understood. The small town minister’s family that raised her hadn’t accepted her as their own. The minister’s wife had always made sure Blythe understood just how unworthy she was of love. When Blythe is sent away to college and given a chance to finally be free of living as an unwanted burden, she looks forward to having peace in her life. Being alone isn’t something that bothers her. She escapes reality in the stories she writes.

However, the ridiculously sexy tattooed guy who keeps throwing parties in the apartment above hers is driving her crazy. For starters, he doesn’t treat her like she would expect a guy with a different woman always hanging on his arm to treat someone as uninteresting as her. She looks nothing like the gorgeous women she sees parading in and out of his apartment, but for some strange reason he keeps showing up at her door.

During a party at his apartment, Krit’s new neighbor comes to the door with her long brown hair pulled up in a messy knot and a pair of glasses perched on her cute little nose. She wants him to turn down the music, but he convinces her to stay.

Krit Corbin may have just found his biggest addiction yet. And Blythe Denton realizes too late that she’s finally been claimed.